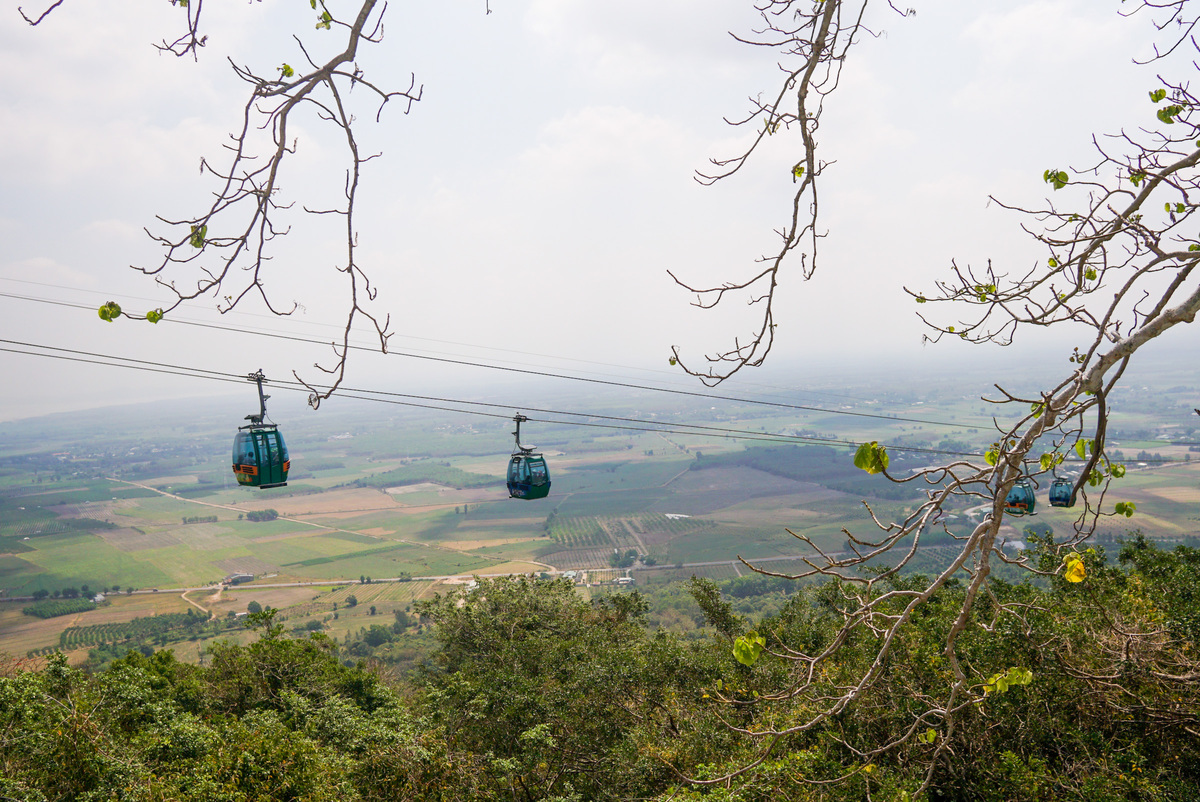 Ba Den mountain is a historical heritage, well-known for its charming sceneries and many Tay Ninh legendary tales. It is the highest mountain in Southeast Asia (986km), a symbol of the local people.

In the middle of 18th century, the fights between Lord Trinh and Lord Nguyen led the people to many hardships. Nguyen Hue led Tay Son movement and put an end to the civil war. At that time, there was a man named Le Sy Triet, who is brave, strong and loyalty sacrificed his love with Ly Thi Thien Huong accompanying Nguyen Hue to protect the country. Ly Thi Thien Huong was a beautiful and ethical woman with honey skin (Ba Den). Her lover was on the battle field while she was surrounding by bad guys. Without the protection of Sy Triet, they planned to rape her. For her lover, she protected her virgin by throwing herself down from the mountain. She was dead, her spirit entered a dream of the chief monk and told him where her body was. After that, she was buried and worshiped. The rumor quickly spread out and many people come to this mountain to pray for her. The chief built a temple so that pilgrims can pray for her every time they come. The pilgrimage in spring, became a part of Vietnamese people since then.

Climbing Ba Den Mountain is a chance to be closer to nature and get some good exercise at the same time. From the peak, visitors will enjoy a perfect view of the valley that immediately relieves the fatigue of the climb. To get down the mountain, most young tourists chose to take a grass slider trip. It is a soft adventure activity and safe as the slope is gentle and tourists can control the brake of the slide.

A round trip cable car ride from the foot of the mountain is also offered. Soaring on the cable car, visitors will catch a view of a sparking waterfall under the glistening sun, mysterious caves and dense forest.