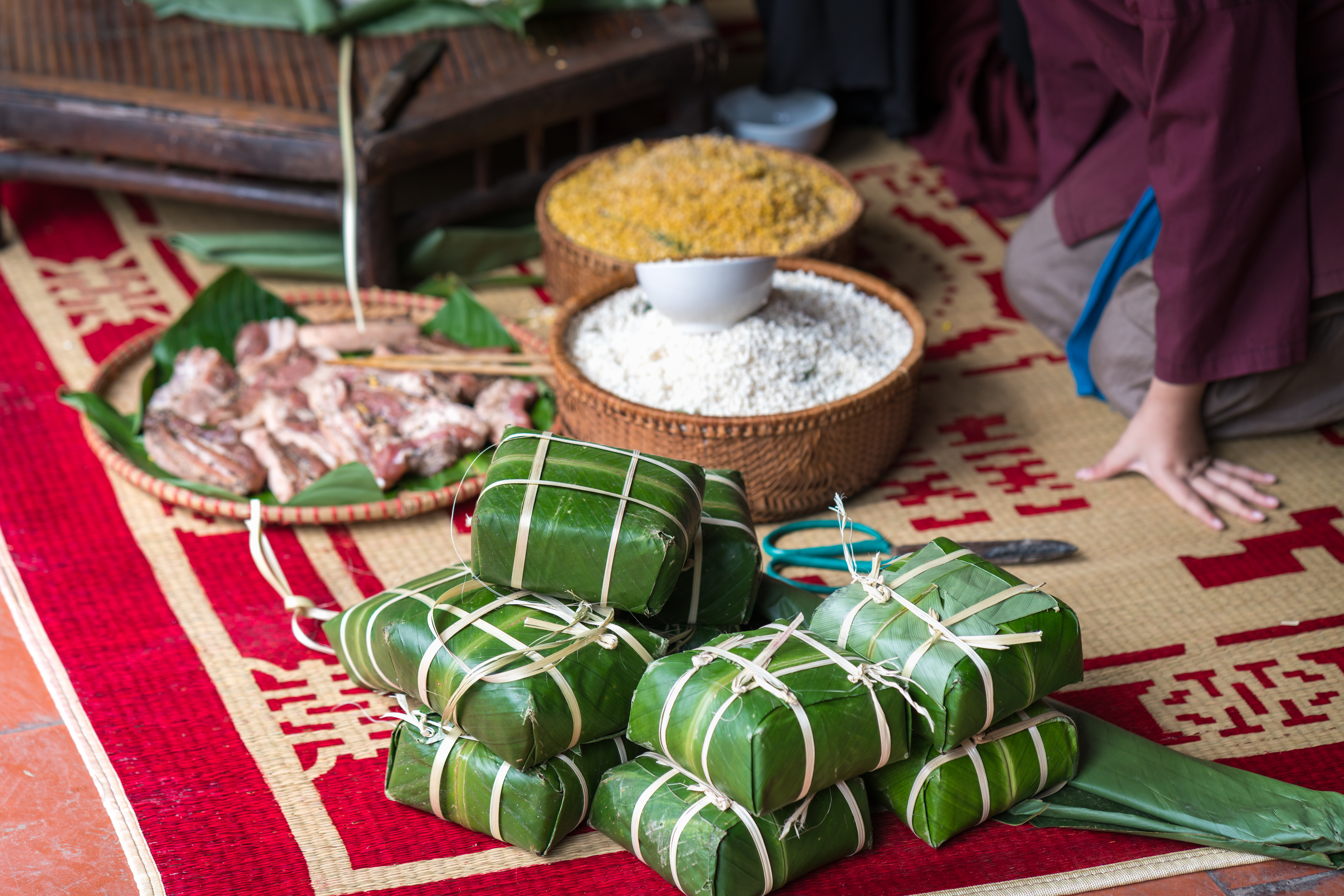 Banh Chung (Square rice cake) is a traditional Vietnamese rice cake which is made from glutinous rice, green beans, pork and other ingredients.

Its origin is told by the legend of Lang Liêu- the son of 6th Hung King. Hung King wanted to find the one to inherit his position and sit on the throne to lead the country when he was too old. Therefore, he held a cooking contest for his 21 sons, and who could fully satisfy his taste would be the next King. Most princes go everywhere to find special, exotic and far-fetched food, except for Lang Lieu – the 18th son of Hung King, also the poorest and loneliest since he lost his mother at a young age. Not having enough money to buy delicacies, Lieu just stayed around his house.

Thanks to the help of a fairy in his dream, Lieu came up with 2 types of cake called ‘Banh Chung’ and ‘Banh Day’ and started making exactly like what he had been told. On a spring day on which all the princes’ labor had to be presented, Lang Lieu and his wife brought Banh Chung and Banh Day to the King while other princes presented such expensive and unusual dishes.

Others sneered at Lieu’s cakes, but his Father was deeply impressed by the special flavor of these cakes. He asked Lieu about the meaning of these cakes. Lieu said that he had cooked the glutinous rice, then molded it into a round rice cake, and called it Banh Day as it symbolized the sky; he also cooked a square rice cake, stuffed it with cooked bean paste and ground meat in the middle, and called it Banh Chung, which was symbolic of the earth we live on.

After that, Hung King decided that Lieu was the winner and passed his throne to him. Since then, Banh Chung and Banh Day become traditional foods during the Tet holiday. 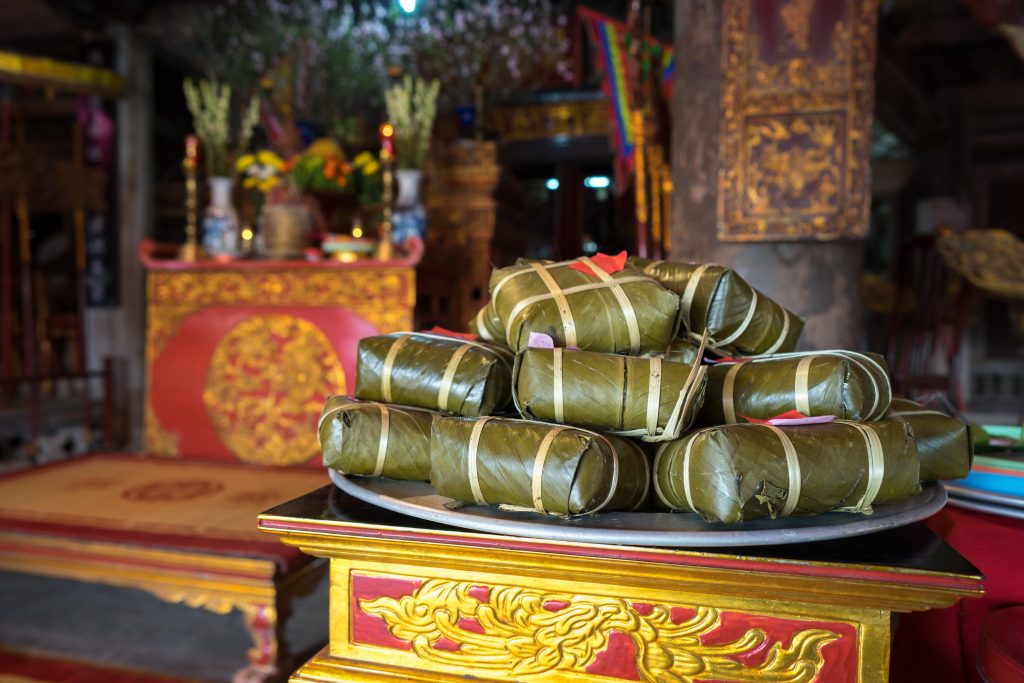 Before Tet holiday, each Vietnamese family often makes Banh Chung and this becomes a traditional custom of the country. The process of making Banh Chung is an occasion for Vietnamese family members to get together. Sitting around the warm fire, talking and telling each other past stories, they get ready for a New Year with lots of good wishes.

Nowadays, because of the busy life not many Vietnamese families keep this habit anymore, Banh Chung is still an irreplaceable dish of Vietnamese ancestor altar on Tet. It is the evidence of the Vietnamese loyalty and great gratitude to their ancestors.