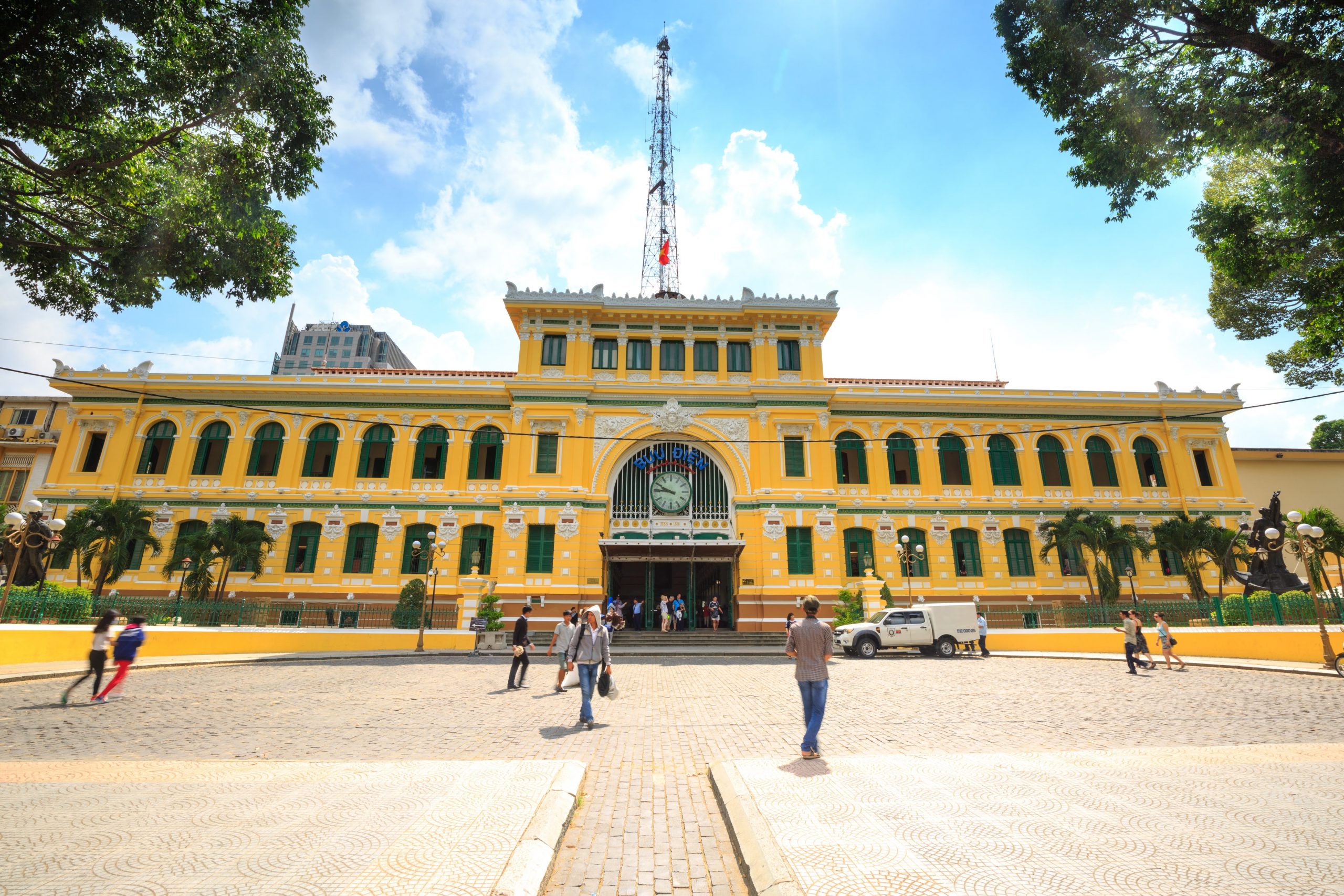 Located in the downtown Sai Gon (Ho Chi Minh City) close to Saigon Notre-Dame Cathedral and Diamond Plaza, Sai Gon Central Post Office is one of the historical buildings of Ho Chi Minh City which attracts a lot of tourists both Vietnamese people and foreigners during their visit to this city.

It was built between 1886 and 1891 based on the design of Gustavo Eiffel- a famous French architect in the influences of the mixture of Gothic, Renaissance, and French architectural style. It also represents the French colonial style.

It is no doubt the biggest post office in Vietnam and is an important commercial center of Ho Chi Minh City. Many years ago, there is the limited Internet access in business and hotels in Saigon so the Central Post Office served as a major communication center of the city where natives and tourists got in touch with the rest of the world.

The building is highlighted with its typical French colonial features and it fascinates the visitors from the first sight by the exterior and interior decorations. The details are equally divided apart and opposite to each other by a central axis. Its facade is built in blocks with arches over the doors and windows. Etched into the face are the names of famous Frenchmen, such as Voltaire, Laplace and Arage and notable inventors. There are also engravings of men and women adorned with laurel wreaths. The architecture is simple and modestly dotted with decorations of the dragon’s head, flower branches and plants. The pillars and the eaves have all cubic composition. On the top of each pillar there are delicate engravings and bas-reliefs. Under the arch outside the building, there is a huge clock, which is as old as the building and continues to keep proper time.

Walking inside, the things visitors will notice are the two maps with the captions in French, “Saigon et ses environs 1892” (Sai Gon and its environment 1892) and “Lignes telegraphiques du Sud Vietnam et Cambodge 1936” (Telegraphic lines of Southern Vietnam and Cambodia 1892), which is over 100 years of existence. Also, there is a tall and spacious hall with its dome having steel frames and decorative designs. The ceiling was design with arc shape. The building looks just perfectly with the outside because of its arched windows designed with engaged piers, green window shutters. In addition, the entire building is spacious and well ventilated and full of sunlight. The elegant interior is considered to be the most interesting feature of the Central Post Office in Ho Chi Minh City.

Sai Gon Post Office joins other architectural highlights of the young city to create a group of architectural works with an open space harmonious with the surrounding green trees, thus making them romantic and solemn looking.